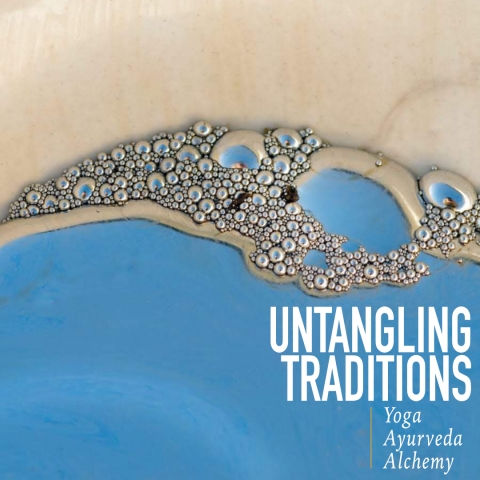 The Alchemy Reader will provide a broad introduction to Indian alchemy, tracing and explaining alchemical thought as it developed on the Indian subcontinent. Drawing on a selection of the most important Sanskrit alchemical works from the tenth to eighteenth centuries, it will offer the reader deep insight into the motivations and goals of Indian alchemists and will illuminate the theories and methods they developed over time.

This will be the first book to bring together texts from the entire range of Indian alchemical thought, each piece serving to expand our understanding of what it meant to practice alchemy on the Indian subcontinent. Many of the Sanskrit alchemical works have never been translated into English before. The volume’s translations will provide a unique window into this important literature and the Indian alchemical idiom. With its broad selection of examined themes, it will also offer the most detailed and comprehensive English-language investigation of Indian alchemy and the beliefs and practices of its practitioners to date.

Catch a first glance of the Alchemy Reader in these videos in which the contributors to the volume talk about their chapters and the alchemical themes explored in them:

Prof. Dagmar Wujastyk, the Principal Investigator of the AyurYog Project, speaks about her research in the area of Indian alchemy and the creation of a field of study through the publication of an Alchemy Reader. Prof. Wujastyk's contributions to the Alchemy Reader will include the introduction to the volume, a chapter on the Rasahṛdayatantra, a chapter on the Rasaprakāśasudhākara, and a co-written chapter with Dr Priyanka Chorge on the Rasaratnasamuccaya.

Dr Patricia Sauthoff, Postdoctoral Research Fellow at the University of Alberta, talks about her contributions to the Alchemy Reader, which include three chapters:

I. The alchemical laboratory: The Rasendracūḍāmaṇi ( 12th-13th century), Chapter Three

Keith Cantú, PhD Candidate at the University of California, Santa Barbara, will be contributing a chapter of the Rasaratnākara’s Rasāyanakhaṇḍa towards the Alchemy Reader. The Rasaratnākara is one of the longest and most complex of the Sanskrit alchemical treatises. Its chapter on pilgrimage at Srisailam describes what actions an adept (sādhaka) should take in order to benefit from the alchemical wonders of Srisailam. The topic of alchemical pilgrimage is unusual for Sanskrit alchemical literature, but nevertheless significant, since it informs pilgrims’ ritual activities in the region even today.

Dr Priyanka Chorge, who is an ayurvedic doctor in Hamburg studying for an MA in South Asian studies, is contributing a chapter to the Alchemy Reader on “Medicine and Alchemy in the Rasaratnasamuccaya,” a 15th or 16th century Sanskrit work. The Rasaratnasamuccaya became the classic work of Indian alchemy and was widely copied. It dedicates more than half of its contents to medicine and shows an advanced stage of iatrochemical thought. Its prescriptions follow ayurvedic guidelines, but most of its medicines are mineral-based formulations. Chapter 19 is dedicated to the ayurvedic category of abdominal diseases (Sanskrit: udararoga) and their treatment.

Prof. Dominik Wujastyk, a Sanskritist, who is a specialist in Indian medicine (Ayurveda), alchemy (rasaśastra), and the history of linguistics (vyākaraṇa) talks about his research for the Alchemy Reader. Prof. Wujastyk’s contribution to the Alchemy Reader is a chapter that introduces the Rasendramaṅgala, whose fourth chapter describes an exposition of the most famous of the Indian alchemists, Nāgārjuna, on the arts of aurifaction and making elixirs of immortality.

Dr James Mallinson is a Professor at SOAS and the Principal Investigator of the Hatha Yoga Project. Dr Mallinson describes his work on the Amṛtasiddhi, an eleventh-century work on yoga and explains how this work uses alchemical metaphors for yogic processes. Dr Mallinson's chapter for the Alchemy Reader will be: Alchemical metaphor in Yoga: The Amṛtasiddhi (11th century). The Amṛtasiddhi is the earliest substantial text on what became haṭha yoga. Written in both Sanskrit and Tibetan, the text has a number of Buddhist features. It widely uses alchemical imagery to describe yogic processes such as breathing exercises and their effects on the body and the mind. This imagery then found its way into many of the later haṭha yoga texts.