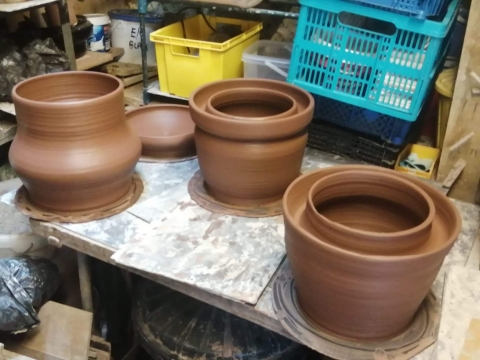 The mercury, still thickened from the preceding procedure, will now be brought back to its more familiar shine and mobility with the fourth procedure, 'utthāpana' - 'bringing to a rise', i.e., letting mercury evaporate and then condense in its cleansed form.

The Rasahṛdayatantra (chapter 2, verse 7) describes this as follows:

Through the trituration with that, it becomes completely cleansed and freed from lead and tin.

The mercury is brought to a rise from a sour gruel decoction in a condensation apparatus.

The first sentence refers to trituration with the three myrobalans, aloe vera, and leadwort in the preceding step. The second sentence describes the fourth procedure proper. It doesn't give us much to go on... but we're used to that by now. It does mention a device, namely a condensation device (pātanayantra). And that a sour gruel decoction (kāñjikakvātha) will be used.

So here's the first problem: what does a condensation device look like?  Different alchemical texts have different suggestions for this. Have a look at these diagrams in Oliver Hellwig's Dictionary of Indian Alchemy 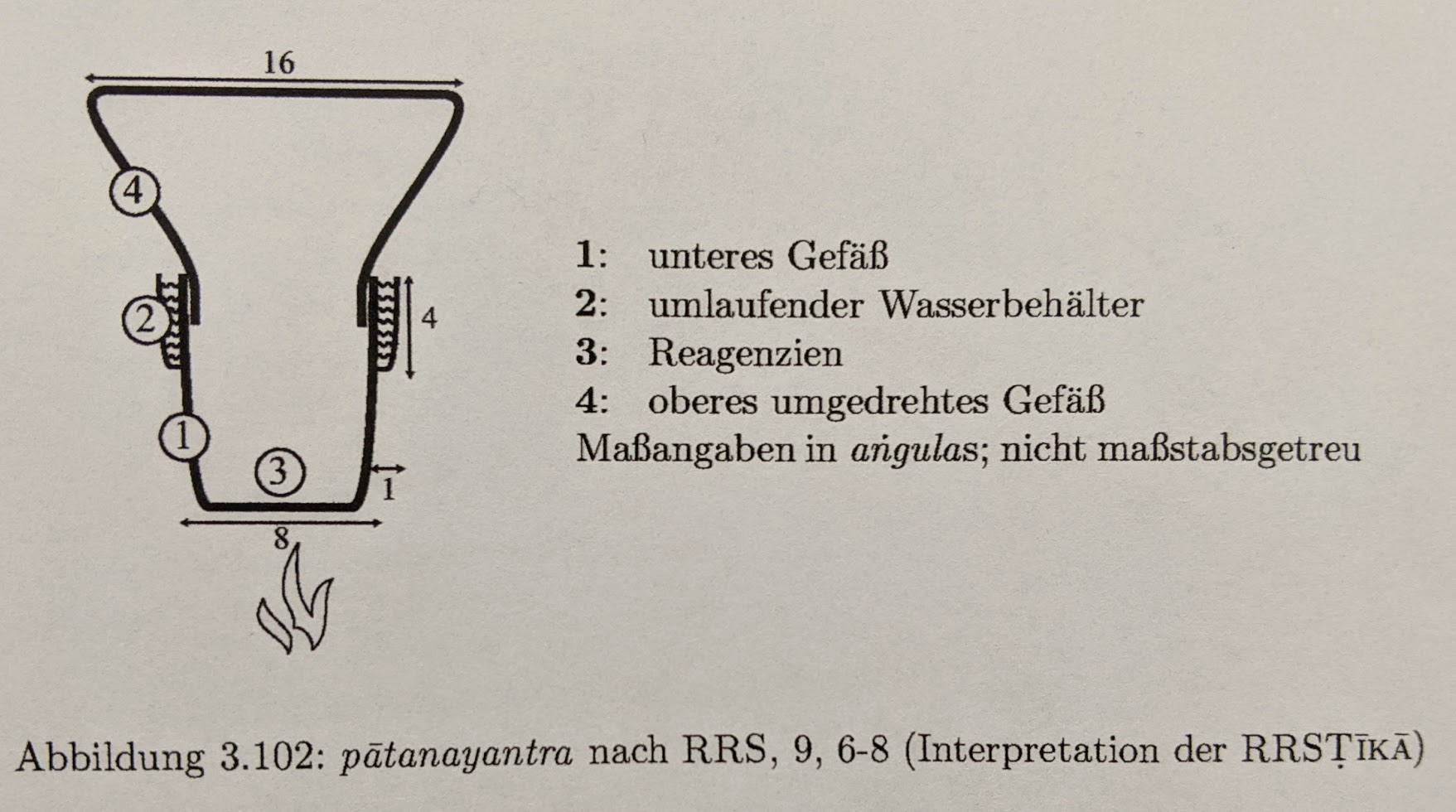 And here is a rare image from an alchemical manuscript from about 1700 (Jaipur UIOMI 184: I.14.ii.2 (J 1 )) that depicts an 'upward condensation device' (ūrdhvapātanayantra). The text is the Rasendramaṅgala, whose date is uncertain. It may be one of the oldest of the alchemical texts, but D.White (1996:81) has suggested it belongs to the later strata of texts, perhaps to the thirteenth or fourteenth century. It seems to suggest the use of a glass vessel (kācakūpa - the text however spells kācakupā) at the bottom, set on a fire, with some rectangular device on top in which one places water. 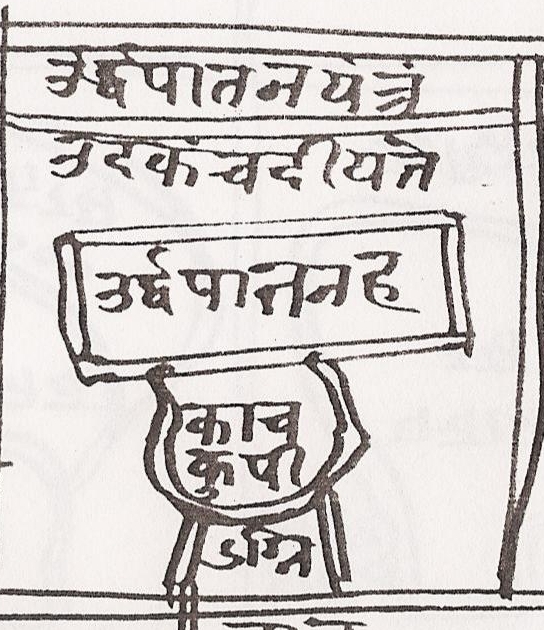 The Mugdhāvabodhinī , a ca sixteenth-century commentary on the Rasahṛdayatantra describes a different device still. It envisages as a spherical vessel consisting of two plates (sthālīdvayasaṃpuṭa). Something like this? 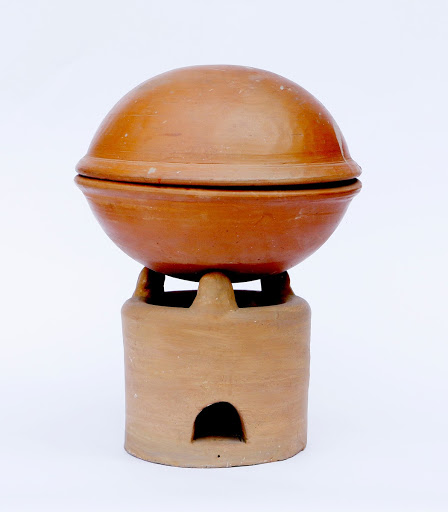 The edition of the Rasahṛdayatantra that I have been using, namely the 1927 edition by Yādavaśarma Trivikrama Ācārya (Trikamji Acharya), provides no description of this device, or indeed, of any device. However, the 1989 edition by Daulatarāma Rasaśāstri does. This is the version of the text you can find on the Digital Corpus of Sanskrit (http://www.sanskrit-linguistics.org/dcs). It is very similar to Trikamji's edition, but there are a few different readings, and some added verses. And among those added verses are several in chapter two that describe devices, including a condensation device. These are the relevant verses (9-11 in Rasaśāstri's edition):

With the rim of the lower vessel on the inside, a flat[-topped] pot that is sixteen fingerbreadths wide should be placed on top, the edge of its own rim sunk into the water.

The mercury will condensate in the upper vessel. Freed of all flaws it can be applied extremely well as a reagent and in elixir regimen. 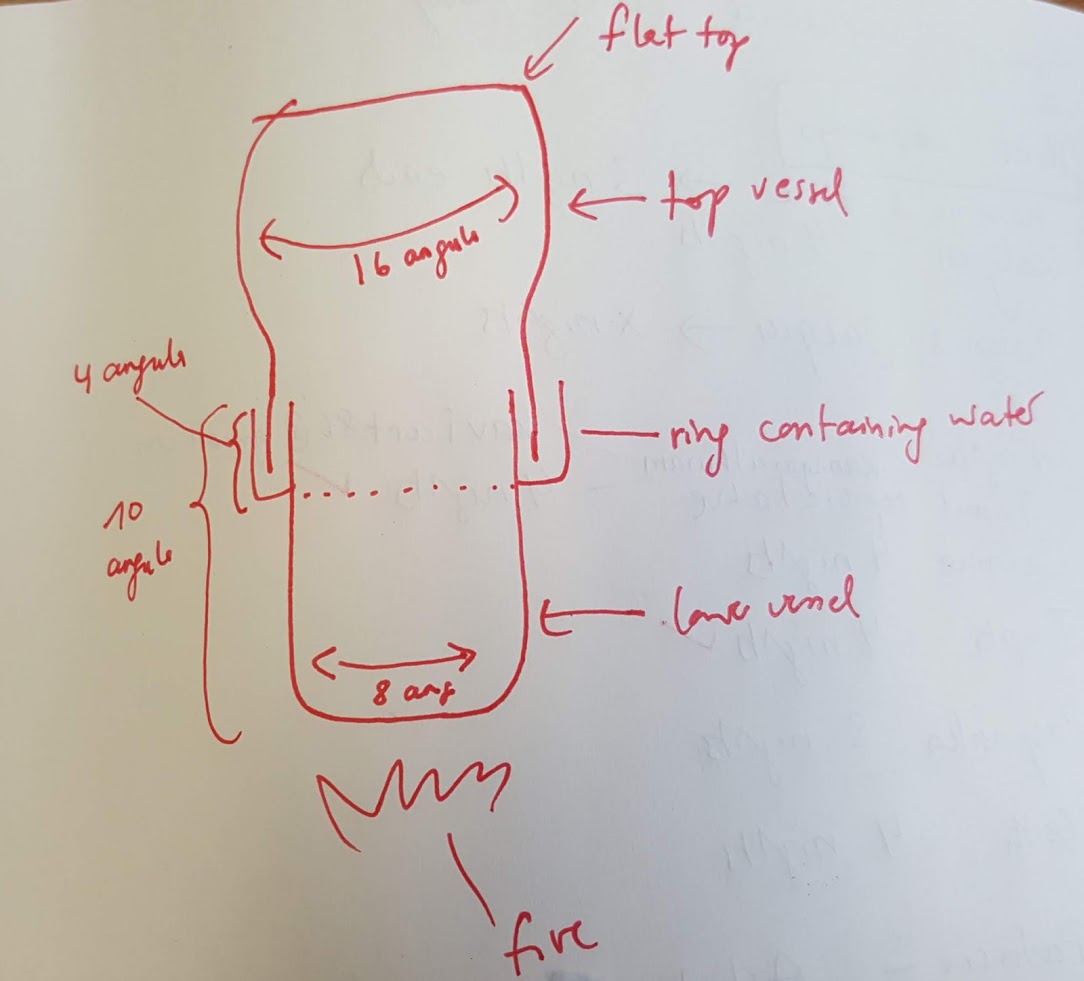 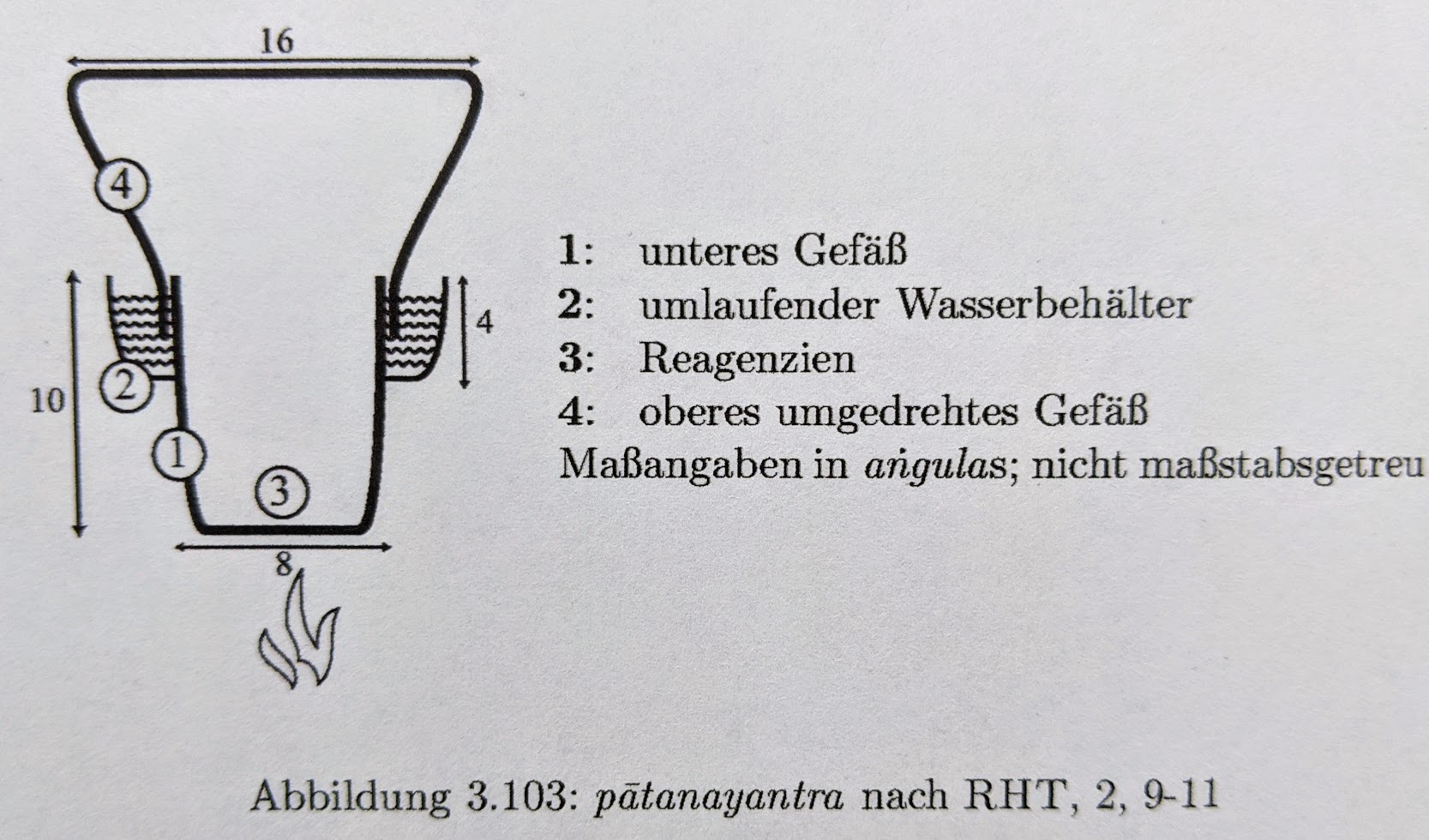 And Andrew's rather more sophisticated rendering: 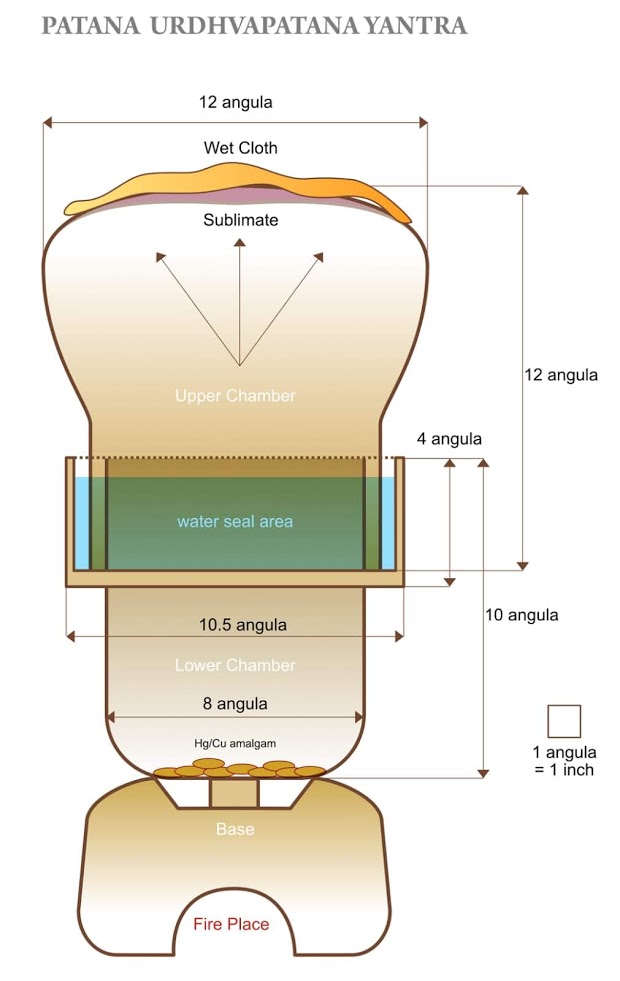 So this is what we went with. Andrew's friend Bill made the device according to Andrew's instructions. When it was ready, Andrew sealed the still-porous clay with an egg tempera (this is not described in the texts). He made a film of this:

And here, finally, is the film of the fourth procedure. The distillation was quick. The cleanup.... well, perhaps you get a sense of how much time that took.

Title:
The fourth procedure: Bringing mercury to a rise (utthāpana)