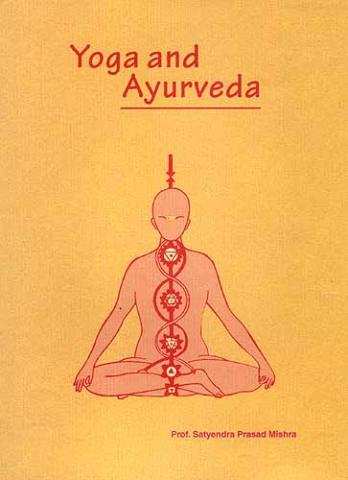 Abstract of a forthcoming article by Jason Birch

The combining of yoga and ayurveda (Indian medicine) is unexceptional in the current global market for wellness. More than a married couple, yoga and ayurveda are deemed by many to be sisters, born of the same scriptural family, the Vedas. The current interplay between yoga and ayurveda raises two questions: how old might their relationship be and was it as intimate in pre-modern times as it seems today? The first question is relatively easy to answer because textual evidence from the classical period of India’s history indicates that their relationship dates back to the beginning of the first millennium, but probably not to the Vedic period. Published articles by Dominik Wujastyk (2012) and Philipp Mass (2008) shed some light on this. The second question is the focus of this study, which will assess the influence of ayurveda on medieval yoga texts, in terms of terminology, theory and praxis.

Apart from the integration of yoga and ayurveda in modern times, the premise of the question that prompted this article rests upon the fact that the goals of these two disciplines are complementary, despite their differences. The classical ayurvedic source Carakasaṃhitā (1.11.3 – 4, 33) advises that one should cultivate desire for longevity, wealth and the other world (paraloka); the first is achieved by healthy people pursuing healthy activities and by the sick taking care to cure their diseases. One might infer that longevity provides more time for one to strive for the third aim, which Caraka says is attained by various pursuits including absorption of the mind (manaḥsamādhi). All medieval yoga traditions aim at liberation from transmigration and disease is regarded as an obstacle to this end.

A distinguishing feature of both ayurveda and yoga is that they are practical disciplines, which transmit specialized knowledge. Their orientation certainly appears to be different in the sense that ayurveda is a more worldly concern practised by doctors who help other people, whereas yoga aims to transcend the world and its practitioners pursue their own salvation. However, it is not unreasonable to suppose that yogins borrowed ayurvedic theory and praxis to cure their own illnesses and, if this were the case, to assume that their texts would contain evidence for this. Ultimately, I shall try to answer whether medieval yogins resorted to the specialized theory and praxis of ayurveda or whether they relied on a more general knowledge of healing and disease, which is found in earlier Tantras and brahmanical texts.

This article will focus on the names of diseases, the humoral theory (tridoṣa) of the body, the notion of increasing digestive fire, the body’s vital points (marman), herbs and the six therapeutic practices (ṣaṭkarma) in medieval yoga texts. It will examine references to an unidentified group of fourteenth-century yogins who supposedly practised a technique which was first taught by the divine physicians, the Aśvins, as well as a seventeenth-century digest (nibandha) on yoga that quotes and borrows extensively from the classical ayurvedic compendium, the Suśrutasaṃhitā, and a short eighteenth-century treatise on therapeutic interventions for yogins who injure themselves in the practice of postures, breathing exercises (prāṇāyāma), internal locks (bandha) and seals (mudrā).

In addition to the contents of medieval yoga texts, I shall refer to available biographic information of yogins as well as other sources that report of yogins as doctors. However, there is certainly scope for more research in this regard, in particular, on Persian works like the fourteenth-century Majmū-e Ḍiyā’ī, which is reported to contain a chapter on the “medicine of Nāgārjuna and other yogis of India” (Mazars 2006: 14).