Connecting the Threads: The Convergence of Yoga and Ayurveda from 1900-Present 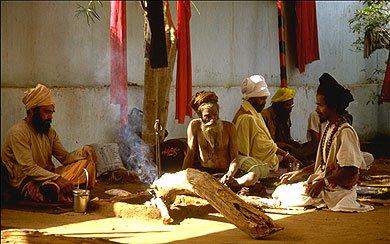 Connecting the Threads: The Convergence of Yoga and Ayurveda from 1900-Present

Over the course of the colonial and post-colonial period, yoga and Ayurveda appear to shift from being largely distinct traditions, to becoming unified under an independent Ministry of AYUSH (Ayurveda, Yoga and Naturopathy, Unani, Siddha and Homeopathy) in 2014.

However, in the early twentieth century, the yogic philosophy and the techniques of āsana, prāṇāyāma and kriyas are absent from most descriptions of the theory and techniques of Ayurveda.

The promotion of Indian traditional knowledge for health dovetailed into the central rhetorical strategy for those advocating Indian independence from Britain through self-rule (swaraj) and Indian-sourced production (swadeshi). As Gandhi noticed, the health-promoting activities of yoga, properly taught, were uniquely accessible to those with little economic and material resources (Alter 2000).

Simultaneously, Indian spiritual leaders internalised Vivekananda’s promotion of seva, service for the greater good (Beckerlegge 2015). It is likely that in some instances, ascetic institutions served as guardians and teachers of ayurvedic and other indigenous medical knowledge in the pre-colonial period (Sivaramakrishnan 2006). In the twentieth century, new approaches to health and well-being in the service of the nation became associated with yogāsana, prāṇāyāma and the international physical culture movement (Singleton 2010).

Various reports were commissioned by a variety of regional and national governments over the course of the twentieth century. These reports demonstrate an ambivalence between the relationship between the relatively accessible indigenous traditions of medicine and the extent to which more expensive, biomedical provision was practical for the country. The Usman (1923) and the Chopra (1948) reports recommend government promotion and regulation of indigenous medical traditions. In contrast, the Bhore Report (1946) minimized the potential of the indigenous medical systems to provide a valuable contribution to the health of the population of Independent India.

Indigenous healing techniques received a boost in global esteem with the challenges to ‘biomedicine’ in the late 1960s and 70s. The cultural authority of biomedical models was critiqued with challenges highlighting a conceptual dehumanization of the patient, the failure of germ theory to address many chronic illnesses and the continued prevalence of major illnesses, such as cancer and heart disease. The growing popularity of Transcendental Meditation, presented as a science of spirituality which had specific health benefits further associated yoga and medicine in the global consciousness (Newcombe 2012).

Specific links between international yoga gurus and the new pharmaceutical model of Ayurveda (Bode 2008) date from the early 1980s, just after the United Nation’s World Health Organisation issued reports and resolutions promoting the support of indigenous medicine and the concept of well-being.

Today, in the contemporary global context, yoga and Ayurveda are seen as ‘sister sciences’ which can promote health and well-being, as well as having specific curative effects on diseases – particularly in the management of chronic conditions. This association can be specifically traced by key events leading to the institutionalisation and integration of ‘indigenous’ or traditional medicine into the health care provision for the Indian nation

Any summary of key events and dates is always incomplete. If you’d like to get in touch to suggest additions and corrections to the timeline, please email me at suzanne.newcombe[@]kcl.ac.uk

Note: The programme used to create the interactive timeline is a bit glitchy. If you are having trouble viewing a particular item, please refresh your browser window and go directly to the item you were interested in viewing in detail.

Brass, Paul R. (1972), ‘The Politics of Ayurvedic Education: A Case Study of Revivalism and Modernization in India’ in Susanne Hoeber Rudolph and Lloyd I. Rudolph (eds.) Education and Politics in India: Studies in Organization, Society, and Policy. Cambridge, Massachusetts: Harvard University Press, pp. 342-371.

Newcombe, Suzanne (2012) ‘Global Hybrids? ‘Eastern Traditions’ of Health and Wellness in the West’ in Shanta Nair-Venugopal (ed) The Gaze of the West and Framings of the East, Basingstoke, Hampshire, pp. 202-217.

Usman, Muhammad (1923). The Report of the Committee on the Indigenous Systems of Medicine. Part I. The Report with Appendices.  Part II. Written and Oral Evidence. 2 volumes. Madras.

Title:
Connecting the Threads: The Convergence of Yoga and Ayurveda from 1900-Present